Originally I’m from Latvia. But was living in United Kingdom since 1999. 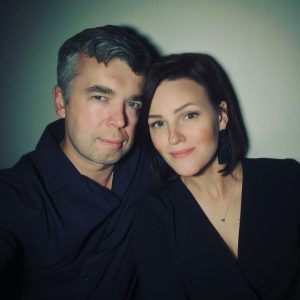 I met my wife in 2005 and in 2007 we got married. Soon after we bought our wedding video tapes from our wedding videographer, as we wanted to edit our wedding ourself to the style we wanted. And this is how it all started… Before we established our own wedding video company in 2008, I have filmed few friends weddings.  Soon after, I fell in love with filming and editing weddings!

Since 2008 I have filmed more than two hundred weddings, each one beautiful in its own way. I have met many wonderful people, some of whom have become part of my life. And most importantly, I have developed my own unique style of filming weddings. I would call it a “Romantic Style”.

I love to capture special moments, which only can be seen on your wedding day and then edit with some nice background music.
But, over the years I have come to realize that some of the people don’t like to pose in front of the camera. I understand this, since I personally don’t like to be filmed. So, if you one of them, then we can change the romantic style of filming to  a documentary style. This means, I won’t ask you to do anything in front of the camera and you will hardly see me on the day. But, I still will capture those precious moments which you will love.

My wife has always been by my side. When I was very busy, she would edit weddings for me and I knew she had a very good taste. In 2016 she started filming weddings with me. Later we started offering our new service “Wedding Photography“.

We love each other And We love shooting weddings together! )